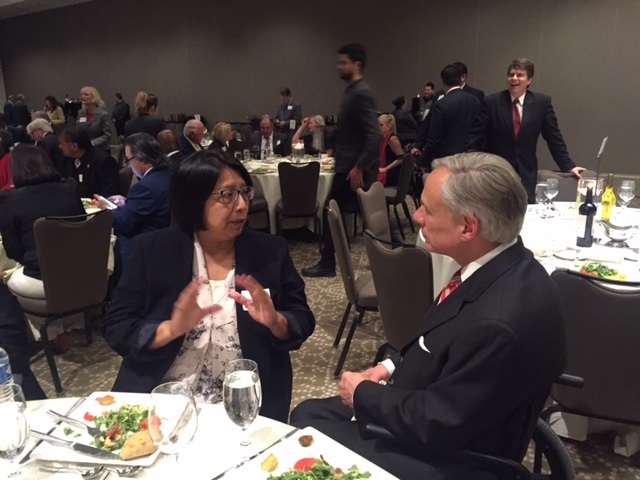 But does he? Read below

In light of recent concerns voiced by the governor in a letter to Congress, Flores met with the Abbott at a dinner in Austin Tuesday. She took the opportunity to explain the Tribe’s position on H.R. 759, the federal legislation introduced by U.S. Rep. Brian Babin (R-Woodville) that would clarify the Tribe’s right to offer electonic bingo at its Naskila Gaming facility.

Earlier this month the Governor sent a letter to House Speaker Nancy Pelosi stating his opposition to H.R. 759 which has bipartisan support. There are currently 24 co-sponsors evenly divided among Republicans and Democrats.

“I am pleased that the Governor welcomed my offer, on behalf of the Tribe, to visit the reservation and tour the Naskila Gaming facility,” Flores said. “He was interested in learning more and Governor Abbott did not hesitate to accept the invitation to come visit us.

“We look forward to hosting Governor Abbott this summer,” Flores said. “We are confident that he will be impressed with the overwhelming community support for the Tribe and Naskila Gaming.” Read more

Currently, Gov. Abbott has not made the visit to Naskila Gaming.