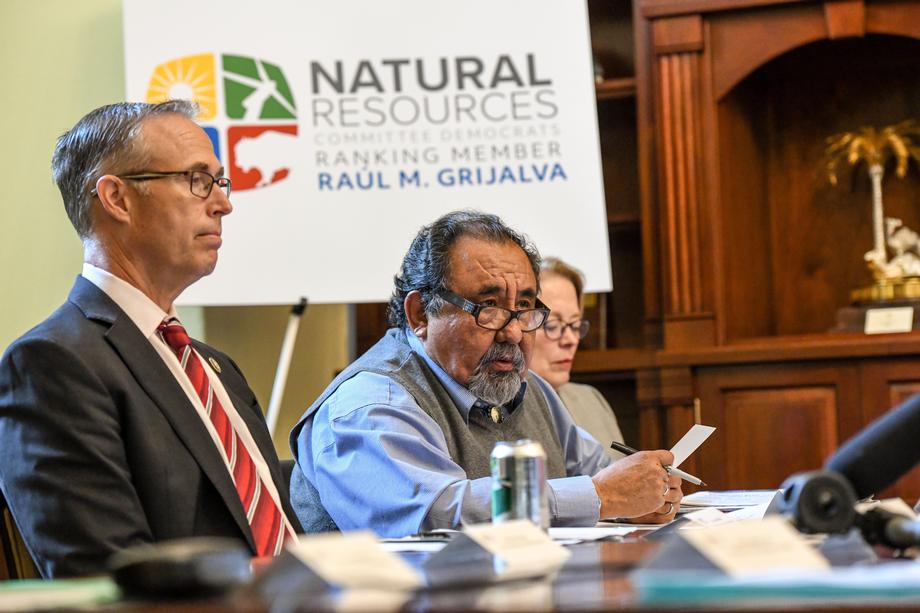 A bipartisan bill recognizing the sovereign rights of two tribes in Texas and placing them on the same footing as just about every other Indian nation when it comes to gaming is moving forward.

The House Committee on Natural Resources approved H.R.759, the Ysleta del Sur Pueblo and Alabama-Coushatta Tribes of Texas Equal and Fair Opportunity Settlement Act, by a voice vote at a markup session on Wednesday. Supporters note that the bill is backed by Democrats, Republicans and even the Trump administration.

“Of the three federally recognized tribes in the state of Texas, only one is allowed to have Class II gaming on its reservation, creating a situation of fundamental unfairness and inequality,” said Rep. Raul Grijalva (D-Arizona), the chairman of the committee.

Grijalva was referring to the Kickapoo Tribe, whose government operates a casino on its homelands, free of interference from Texas. The same can’t be said for the Alabama-Coushatta Tribe and the Yselta del Sur Pueblo, also known as the Tigua Tribe, whose whose gaming operations have been repeatedly targeted by the state.

“The legislation remedies this issue and ends the second-class status by putting all three tribes on equal footing,” said Grijalva.

But while the bill enjoys broad support in Washington, D.C., Rep Rob Bishop (R-Utah) pointed out that the state of Texas opposes it. For that reason, he was the sole lawmaker who opposed passage.

“That’s just my personal reason,” said Bishop, who is the highest-ranking Republican on the panel and stressed that he wasn’t urging fellow GOPers to oppose the measure.

H.R.759 was introduced by a Republican, Rep Brian Babin (R-Texas), and the bill is co-sponsored by a dozen other members of the party. One of the unlikely supporters is Rep. Paul Gozar (R-Arizona).

“No tribe should be treated undifferently in this aspect,” said Gosar. Just last month, he tried to derail a different Indian Country bill and unsuccessfully tried to amend it ot bar Mashpee Wampanoag Tribe from operating a casino on its homelands.

Action on the bill comes after both tribes suffered setbacks in court. On March 14, the 5th Circuit Court of Appeals said the Alabama-Coushatta Tribe cannot operate a gaming facility on its reservation due to restrictive language in its federal recognition law. A month prior, a federal judge ruled against the Tigua Tribe on the same grounds.

said the Alabama-Coushatta Tribe cannot operate a gaming facility on its reservation due to restrictive language in its federal recognition law. A month prior, a termination-era law, that had placed both under the supervision of the state. A year later, the Indian Gaming Regulatory Act became law but its benefits haven’t reached all tribal nations.

“That’s the law and I think it should be applied fairly,” Gosar asserted on Wednesday.

Approval of H.R.759 at the committee level means it can be considered on the floor of the U.S. House of Representatives. The Democratic-controlled chamber has passed six stand-alone Indian Country bills since January, and those with bipartisan support are usually cleared with little to no controversy, Gosar’s efforts last month notwithstanding.