Tribe continues to fight for fairness 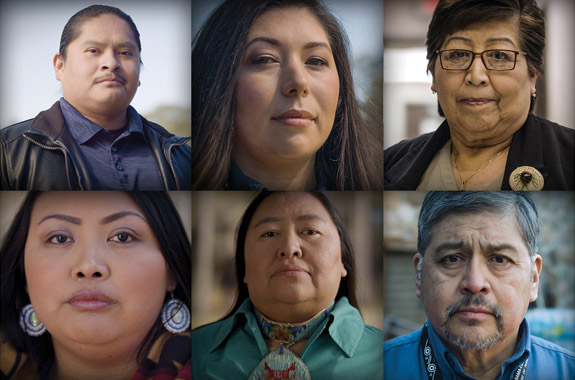 Double Down: We need to help the Alabama-Coushatta Tribe in their fight to keep Naskila Gaming open

As the Alabama-Coushatta Tribe of Texas continues its fight to offer electronic bingo at its Naskila Gaming facility near Livingston, “WE’RE STILL SCRATCHING OUR HEADS AS TO WHY THIS IS EVEN AN ISSUE IN THE FIRST PLACE.”

It’s a convoluted situation, but one that basically boils down to a conflict between two federal laws, one of which says the tribe can operate a gaming facility and another one that says it can’t. That’s why U.S. Rep. Brian Babin (R-Woodville) filed a bill in Congress in February — House Resolution 759 — to try to clarify the right of both the Alabama-Coushatta and Ysleta del Sur Pueblo tribes to offer gaming.

After all, the Traditional Kickapoo Tribe of Texas in Eagle Pass has been offering electronic bingo at its Lucky Eagle facility — with no interference from the state — since 1996. And Texas currently offers charitable bingo, pari-mutuel horse and dog racing (including off-track betting), statewide lottery, charitable raffles, casino cruises and “private” poker card rooms. It’s not like we don’t gamble here in Texas.

Naskila Gaming is an alcohol-free entertainment facility that has operated since June 2016 and averages about a million visitors per year. The facility and the tribe have emerged as the third largest employer in Polk and Tyler counties, providing 561 jobs and injecting $139 million into the region’s economy, according to a study conducted by Texas Perspectives. And these aren’t just any old jobs; these are well-paying jobs with excellent retirement and health care benefits that both tribal and non-tribal workers say are being offered to them for the first times in their lives. It’s not like we don’t want jobs here in Texas.

HR 759 enjoys the support of 24 co-sponsors evenly divided among Republicans and Democrats. In fact, 11 of Babin’s fellow Texans are counted among the bill’s co-sponsors.

Economic development? Check. Hundreds of good-paying jobs with benefits? Check. The same electronic bingo that’s been offered by the Kickapoo Tribe for 22 years without opposition? Check. Bipartisan support? Check. So what’s not to like?

State Sen. Robert Nichols and state Rep. James White have both thrown their support behind the tribe’s fight while U.S. Rep. Louie Gohmert and state Rep. Trent Ashby have yet to weigh in. Lt. Gov. Dan Patrick and Texas’ two Republican U.S. Senators, John Cornyn and Ted Cruz, also have remained silent on the issue, although Patrick has voiced his opposition to any expansion of gambling in Texas in the past, while Cornyn, as Texas attorney general from 1989 to 2003, previously led efforts to block tribal gaming that conflicted with state law. Meanwhile Gov. Greg Abbott sent a letter to Speaker of the House Nancy Pelosi and House Minority Leader Kevin McCarthy expressing his opposition to the passage of HR 759, citing a prohibition on gambling in Texas and mentioning that the state Legislature has routinely considered and rejected proposals to expand gaming on tribal lands, according to a recent article in the Polk County Enterprise.

“I strongly encourage Congress to reject this attempt to restrict Texas’ power to regulate activities within its borders,” Abbott said in his letter.

Strong words. But is keeping Texans safe from the moral perils of gambling what Abbott is really concerned with? Or is it protecting the interests of campaign contributor Tilman Fertitta, who owns The Golden Nugget casinos and hotels, including the one in Lake Charles, Louisiana? With Abbott war chest contributions from 2013 to present from the Fertitta family and Landry’s Restaurants (which is owned by Fertitta) totaling $978,000, we’ll let you do the math. Heck, even the Kickapoo Tribe has thrown $210,000 Abbott’s way. And while Abbott tries to derail Babin’s bill, Texans are legally gambling daily on scratch-off tickets that bear The Golden Nugget logo. How does an out-of-state casino even get that kind of publicity in Texas? Money talks, indeed.

“Is he more concerned about Louisiana jobs or Texas families?” Tribal Council chairperson Cecilia Flores asked in the article.

Maybe Abbott can answer that question better once he’s toured Naskila Gaming himself (which he’s since promised to do after meeting with Flores at a dinner in Austin in April) and has seen first-hand all the benefits provided by the casino. The visit is expected to take place sometime this summer, after the legislative session ends.

The casino is flat-out good for all of East Texas. The trickle-down effect has even impacted Angelina County, as revenue from Naskila has allowed tribal members who had been living in FEMA trailers since Hurricane Ike to move into new modular homes — many of which were purchased right here in Lufkin.

We need to help our neighbors, as well as the East Texas economy, by backing Babin’s bill. Let our elected officials know you support Naskila Gaming by contacting them through the supportactribe.com website.

Babin’s measure provides the Alabama-Coushatta Tribe the means to provide for the housing, health care, education and other needs of its members while sustaining the economic shot-in-the-arm the casino has provided East Texas for the last three years.

Abbott’s not worried about some Texans playing bingo. He’s worried about the special interests that keep him elected. It’s high time he — and any other politician who truly cares about economic development and jobs in Texas — lends his support to Babin’s bill to protect our neighbors at Naskila.

Republished from the Lufkin Daily News