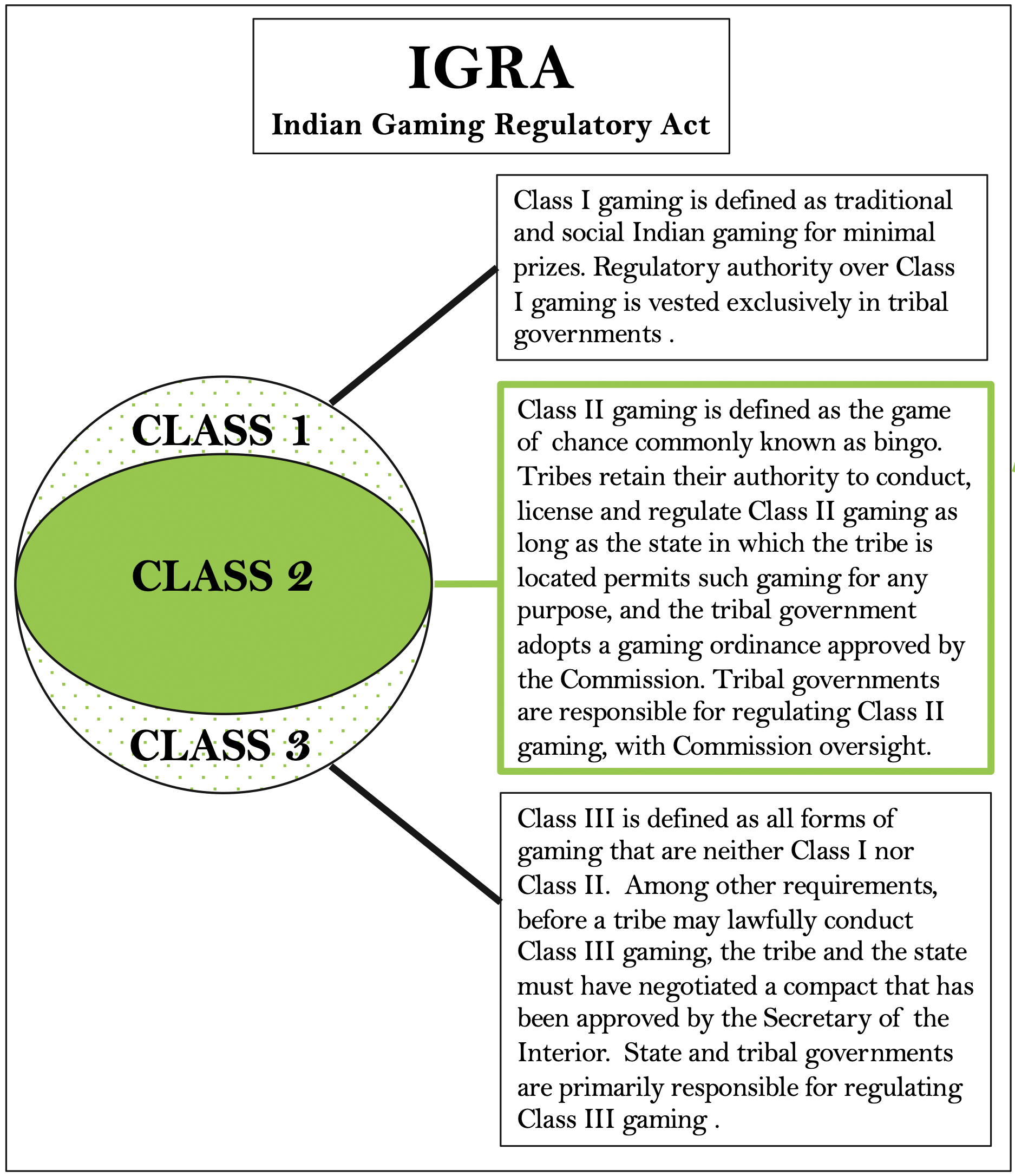 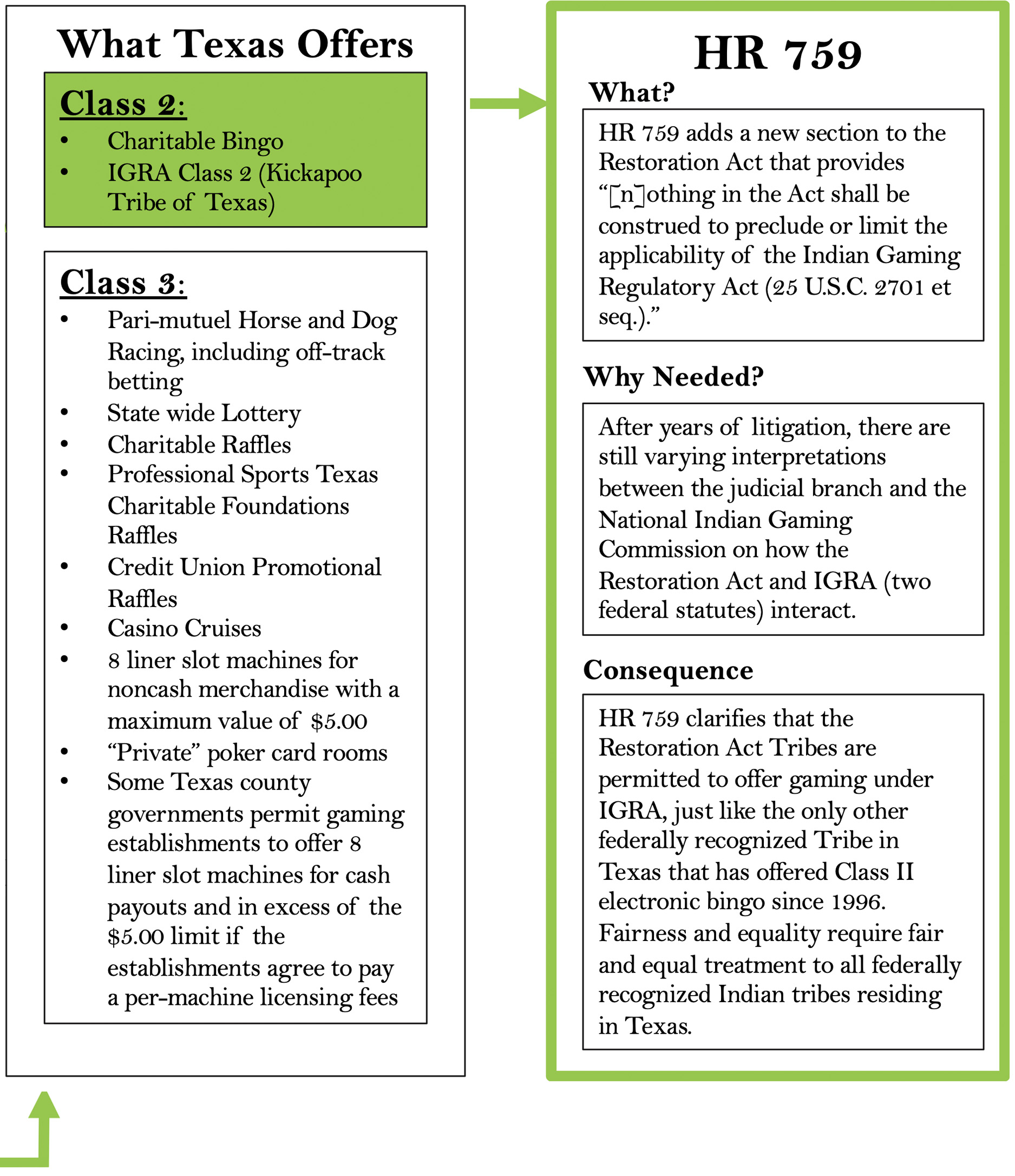 There are three federally recognized Tribes in Texas. Only one Tribe, the Kickapoo, are legally allowed to offer Class II gaming on its reservation. This is not fair.

In order to correct that imbalance, HR 759, if passed by Congress will do the following;

Thousands of Native American tribes in this country operate gaming facilities. There are three classes of Indian Gaming.

How is Class II gaming defined?

Class II gaming is defined as the game of chance commonly known as Bingo. Tribes retain their authority to conduct, license and regulate Class II gaming as long as the state in which the tribe is located permits such gaming for any purpose, and the tribal government adopts a gaming ordinance approved by the Commission. Tribal governments are responsible for regulating Class II gaming, with Commission oversight.

Who does Texas allow for Class II gaming?

H.R. 759 adds a new section to the Restoration Act that provides “Nothing in this Act shall be construed to preclude or limit the applicability of the Indian Gaming Regulatory Act (25 U.S.C. 2701 et seq.).”

After years of litigation, there are still varying interpretations between the judicial branch and the National Indian Gaming Commission on how the Restoration Act and IGRA (two federal statutes) interact.

H.R. 759 clarifies that the Restoration Act would allow Tribes to offer gaming under IGRA, just like the only other federally recognized Tribe in Texas that has offered Bingo since 1996.

The Alabama-Coushatta are now operating the Bingo gaming facility pursuant to federal authorization similar to Tribes all over the country. The bingo revenue derived from Naskila Gaming is providing much needed funding for vital Tribal government programs.